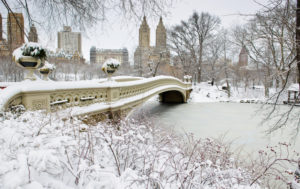 Pomona Investment Fund has made its second purchase, buying a secondaries portfolio of two Audax Group limited partnership interests from an undisclosed US pension plan.

Pomona announced the purchase in a statement without disclosing the name of the general partner, but a filing made by Pomona with the Securities and Exchange Commission for investments as of 30 September listed the two mid-market funds: Audax Mezzanine Fund II and Audax Private Equity Fund III.

Ryan Levitt, the fund’s portfolio manager, noted in the statement that the general partner has a lengthy track record in mid-market buyouts and has had a long-term relationship with Pomona, adding that Pomona is an existing primary investor in the fund family as well.

“The majority of these assets are in a partnership focused on a ‘buy and build’ buyout strategy,” Michael Granoff, chief executive of Pomona Capital, added in the statement.

“There are over 30 underlying companies – diversified by industry and sector. This acquisition continues to build out the Pomona Investment Fund portfolio, which currently has exposure to 19 underlying funds managed by 10 general partners.”

The 10 largest portfolio companies account for approximately 70 percent of the total net asset value acquired and are diversified across seven different industries including healthcare, education and automotive.

With this recent purchase, secondaries interests in Pomona Investment Fund, a closed-ended fund targeting high net worth individuals and with a $25,000 minimum subscription requirement, were worth $24.4 million, according to the filing. This is up from $20.8 million as of 30 June.

Audax Group has offices in Boston, New York and Menlo Park. Founded in 1999 by Geoff Rehnert and Marc Wolpow, the firm now manages more than $9 billion of assets across its private equity, mezzanine debt and private senior debt businesses.

The firm recently held a final close for its fifth, Audax Private Equity Fund V, with $2.25 billion, surpassing its target of $1.75 billion. In April, it launched Audax Mezzanine Fund IV with a target of $1 billion.

Pomona Capital, which is part of Voya Financial, is the manager of the Pomona Investment Fund, and Voya Investments Distributor distributes it.