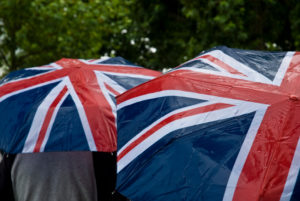 The firm bought LGAS’ £55 million ($85.9 million; €78.3 million) commitment to Mithras Capital Fund (MCF), according to a statement from London-based Mithras. Pomona bought the stake through its Pomona Capital VIII fund in an auction process.

“We have been following MCF for several years, having been in regular dialogue with the investment manager Bernie Boylan,” Sebastien Bowen, principal at Pomona Capital, said in the statement. “We are delighted to be able to acquire LGAS’ interest in MCF and look forward to working together with the company and the investment manager.”

A spokesperson for Pomona declined to say how much it paid for the stake.

Mithras Capital Fund is a £250 million fund of funds vehicle that closed in 2008 with five investments. The fund was raised after Mithras Investment Trust acquired Tandem Private Equity in 2007 and formed its fund of funds arm Mithras Capital Partners, according to Mithras’ website.

In March 2013, London-based LGAS decided to sell off its private equity arm LGV Capital as part of its decision to reduce commitments to the asset class. The firm decided no new investments would be made and the six remaining assets in LGV Capital’s £170 million seventh fund would be sold off.

Pomona’s eighth fund is a dedicated secondaries vehicle that closed in 2014 at its $1.75 billion hard-cap after just over a year of fundraising. The fund had a net internal rate of return of 43.3 percent and a multiple of 1.4x as of 30 September 2014, according to an investment document by Town of Palm Beach Retirement System, an investor in the fund.

Pomona specialises in secondaries investments and has raised over $8 billion in capital commitments since its was formed in 1994, according to the statement. Pomona Capital VIII made its first investment in 2012, according to PEI’s Research and Analytics division.