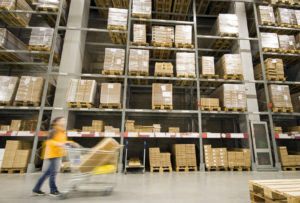 The European Property Growth Fund initially raised €300 million in October 2002. Later in 2005, the fund was restructured from a closed-ended structure to open-ended following LP demands for increased flexibility and a longer fund life, according to a Standard Life statement. The fund currently stands at €800 million, according to PEI’s Research and Analytics division.

Limited partners in the fund include the Essex County Council Pension Fund and Aviva Investors, according to PEI data.

The fund invests in value-add real estate opportunities, according to Standard Life’s website. As of January 2008, the fund had invested in 31 properties in nine countries, including an €80 million purchase of four properties in Sweden and Belgium — two retail warehouse terraces in Sweden, an office property in Brussels and a light industrial estate near Antwerp.

At the beginning of 2013, Standard Life completed a refinancing package with Crédit Agricole Corporate and Investment Bank, to secure a new €150.7 million senior debt facility for the European Property Growth Fund. The facility was secured on 11 properties in France, Belgium and Germany for a three-year period, according to a statement.

Standard Life did not return a request for comment by press time.

The European Property Growth Fund is led by fund manager James Rushworth, who joined Standard Life in 2000 and opened the firm’s Paris office in 2007, according to the website.

Pfizer, which was unavailable to comment, sold its stake in the fund to an insurance division of Standard Life. Other LPs that have sold their interests in the fund include Dublin-based Electricity Supply Board General Employees Superannuation Fund and the Royal County of Berkshire Pension Fund, according to UK regulatory filings.