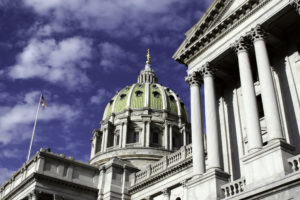 Pennsylvania State Employees’ Retirement System (SERS) has committed to two Asia Alternatives Capital Partners secondaries and co-investment vehicles, according to a statement after the pension fund’s July board meeting.

The fund can invest up to 30 percent in secondaries and direct co-investments, according to documents from Minnesota State Board of Investment.

Fund V’s predecessor, the $1.8 billion Asia Alternatives Capital Partners IV, delivered a net internal rate of return of 10 percent and a return multiple of 1.1x as of 30 September 2016, according to the Minnesota SBI documents.

Penn SERS has also committed $50 million to Penn Asia Investors, a separately managed account. Fund V and the SMA will focus on primary, secondaries and direct co-investments across Asia, primarily in growth and buyout capital with a minority share in venture capital and special situations.

San Francisco-headquartered Asia Alternatives has separately managed accounts with a number of pensions including New Jersey Division of Investments, which has a 2016-vintage, $300 million New Jersey Asia Investments III vehicle.