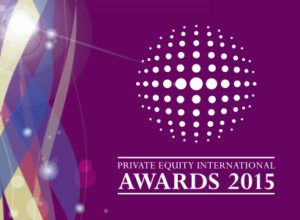 It was a huge year for fund of funds manager Ardian, which scooped the top spot in one of PEI’s new categories, Co-Investor of the Year in Europe, as well as Secondaries Firm of the Year in both Europe and the Americas. Ardian closed its fourth co-investment fund on €1.1 billion and made a dozen co-investments, as well as completing more than $5 billion in secondaries deals.

Aberdeen Asset Management – profiled in the March issue of Private Equity International – landed the top spot for fund of funds of the year in both Asia and the Americas, as well as for Firm of the Year in South-East Asia. The firm bought US private equity fund of funds business FLAG Capital Management, adding a further $6.3 billion of alternative assets.

While the industry itself chooses the PEI Awards winners, one award is given solely at the PEI editorial team’s discretion: the PEI Game Changer Award. This year the award honoured Ruulke Bagijn, the chief investment office of private markets at Dutch pension fund manager PGGM. In 2015 Bagijn made it clear that PGGM would not stand for continued misalignment and lack of transparency within the industry, asserting that by 2020 the pension fund would no longer be investing with managers who do not fully disclose their fees.

Over the course of the year Bagijn proved time and again her unwillingness to accept the status quo, her enthusiasm for engaging on issues at the heart of the private equity industry and her determination to do the best by PGGM’s members.