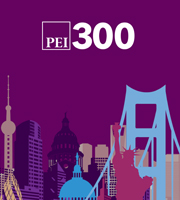 The Blackstone Group has stormed to the top spot in sister publication Private Equity International’s annual ranking of the most significant managers of primary private equity funds.

On the back of consistently strong performance and a total of $60 billion of private equity capital raised over five years, the New York-based group has climbed from fourth place last year to number one in this year’s PEI 300.

The ranking does not count capital raised for secondaries or fund of funds vehicles.

The firm raised $94 billion across strategies in 2015 alone, including $30 billion for private equity across several vehicles. Among those was the staggering $18 billion the firm collected for Blackstone Capital Partners VII.

“Its track record is strong across the board,” said a private equity advisor to large limited partners, pointing to “the quality of the product”.

Another gatekeeper praised the breadth and depth of its offering: “They have the platform to go to huge investors and say, ‘Just give us your money and we will invest it wherever the opportunities are.’”

The firm was followed by fellow listed giant KKR in second place having raised $35 billion over the past five years and Warburg Pincus in at number three, collecting $29 billion. The firm moved up from ninth position, buoyed by Warburg Pincus Private Equity XII that closed above its $12 billion hard-cap in one of the largest single closings in private equity history.

However, the action was not all in the US. For the first time since 2012 there is more than one European (or non-US) private equity firm in the top 10. Thanks to a stellar fundraising year, CVC Capital Partners is joined by Switzerland-headquartered asset manager Partners Group, which ranks at number 10.