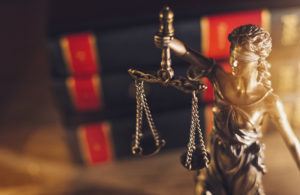 London-based partner Ed Harris, counsel Leanne Moezi and Virginia-based partner Adam Brown are all returning to Hogan Lovells one year after having left, according to two sources familiar with the matter.

A spokeswoman for Hogan Lovells confirmed the trio’s return and that they will be rejoining as partners in the corporate practice.

“We are very happy to have this opportunity to re-join Hogan Lovells and to work with a team we know well,” Harris said in a statement seen by Secondaries Investor. “The collaborative culture at Hogan Lovells is unlike any other firms and we know well their excellent reputation, industry knowledge and dedication to client service. The combined strength of the firm’s platform and depth of capabilities in London, the Americas and beyond, provide huge advantages for clients.”

Harris, Moezi and Brown worked on 30 deals worth around $5 billion total last year, including the €192 million restructuring of two funds managed by Three Hills Capital Partners, according to the Secondaries Investor Law Firm Survey 2020.

This year the group advised Pantheon and a syndicate of buyers on Idinvest Partners‘ restructuring of 12 growth and venture capital assets into a continuation fund – one of a handful of GP-led transactions to close since the start of the covid-19 crisis.

Moezi’s work includes the 2010 acquisition of a portion of portfolio company interests owned by Candover Investments as part of the spinout of Arle Capital.

Brown focuses on securities and investment transactions for private equity funds and their portfolio companies.

A spokeswoman for Paul Hastings did not return a request for comment.