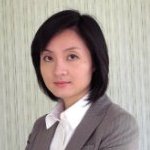 Wang joined the firm’s New York office in March 2008 and focused on real estate secondaries, according to her LinkedIn profile. Previously she worked as a summer associate at Citigroup Property Investors in Hong Kong.

Partners Group confirmed Wang’s departure, but declined to comment on her future plans.

The fund will primarily invest in limited partner interests in real estate funds. At the time Partners Group said it had screened more than $100 billion of real estate secondaries and had chosen to transact “very selectively”on $2.7 billion-worth of deals.

In August the firm acquired a portfolio of 31 LP stakes in Venator Real Estate Capital Partners’ Trophy Property Development Fund. The stakes represented about $120 million in original commitments. Later in the year it bought $400 million-worth of interests in BlackRock Asia Fund III, an opportunistic Asia real estate fund. Partners Group has built up a position in the fund that equates to 10 percent of the fund’s size.