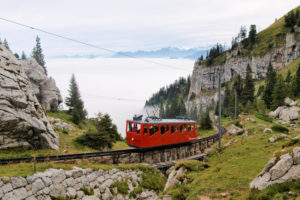 Updated with co-chief executive officer’s comments and details of the firm’s secondaries investments.

Partners Group, the Swiss asset manager, dedicated almost a quarter of its total investment to secondaries in the first half of this year.

The firm’s secondaries teams screened over $71 billion of private markets assets during the first half of the year, down from $60 billion in the first half of 2014, and passed on the vast majority of assets it assessed, according to the statement.

“We wanted to be even more selective with regard to secondary transactions as price levels further increased, and we want to avoid auctions to the largest extent possible.” co-chief executive officer André Frei said during an investor conference call on Thursday.

Partners Group has six dedicated secondaries funds, its most recent one being Partners Group Secondary 2015, which is currently in fundraising mode and is targeting €2.5 billion, according to PEI’s Research and Analytics division. Investors in the fund include Pennsylvania Public School Employees’ Retirement System.

The firm invests in secondaries across four asset classes including private equity, private infrastructure, private debt and private real estate, according to its website.