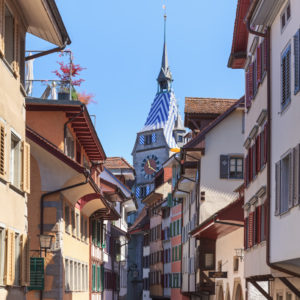 Partners Group has broken the back of the fundraising effort for its latest private real estate secondaries fund, hauling in €1.2 billion against a €2 billion hard-cap, sister publication PERE can reveal.

Following the closing, thought to have taken place earlier this month, it is understood the Zug-based private markets investment firm is anticipating a final closing for its Partners Group Real Estate Secondary 2017 fund around the turn of the year.

Secondaries Investor reported last November the fund had been registered with the US Securities and Exchange Commission. No fundraising target was included in the filing, but it transpired that the firm was targeting $2 billion, a similar amount to the equity it raised for the previous fund in the series, Partners Group Real Estate Secondary 2013.

That fundraise was noteworthy at the time because the firm raised almost double the original target of the fund. Investors in that vehicle included San Bernardino County Employees’ Retirement Association, Strathclyde Pension Fund and Texas Mutual Insurance Company.

The fund remains the largest pool of capital to have been raised expressly for private real estate secondaries, although it may not hold that record for much longer, even if it hits its 2017 fund hits its hard-cap.

Partners Group’s closest rival in the asset class, Landmark Partners, is also fundraising for its latest vehicle, Landmark Real Estate Partners VIII. It has targeted the same amount, although that fund has a $2.75 billion hard-cap. Its previous fund was closed on $1.6 billion, also at its hard-cap, in May 2015. A first closing of $260 million for Fund VIII happened in December and another $245 million was raised in February. A final closing is also anticipated at year-end.

If both Partners and Landmark close on hard-caps, and to schedule, the result would mean a deluge of private equity positioned for taking investments in existing investment vehicles. Both firms have invested large sums in tail-end funds and vehicle restructurings of late and it is understood such strategies will again feature prominently, indicating a scale of primary funds that are reaching maturation stages.

According to multiple research papers, the overall real estate secondaries markets transaction volume declined from a high of approximately $7.5 billion in 2015 to $4 billion in 2016, owing primarily to fewer large deals. In Landmark’s own annual research, the firm said while the scale of transactions to have occurred in the year had decreased, at 99, the number of deals was 8 percent up on the prior year and predicted that trajectory to continue.