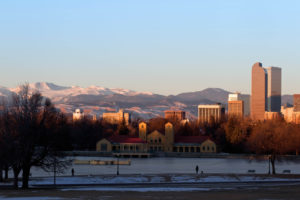 Partners Group will open a new US headquarters in Denver, Colorado later this year.

Currently, the firm has offices in San Francisco, New York, Houston and  São Paulo, with 150 employees. It invested about 50 percent of its capital in the region last year. “It’s an important geography for us on the investment side, and an increasingly important market for client relationships,” David Layton, global co-head of private equity, told sister publication PERE. “There is the potential to add an additional hundred heads over the next few years.”

To help accommodate the anticipated growth, Partners had the choice between opening a number of smaller decentralised offices and creating a central hub, according to Layton.

PERE understands the firm already has informed its San Francisco employees that it is planning to relocate them to Denver by the end of 2017. Some staff at Partners’ New York and Houston offices, who have been given the option to relocate, are expected to make the move as well.

Spearheading the relocation effort will be Layton, who will be moving from New York to Denver and will head up the new regional headquarters. Meanwhile, Pamela Alsterlind, global co-head of private real estate, is expected to relocate from San Francisco to the new headquarters.

The choice of Denver as a regional headquarters is an unusual one, considering that the city is not considered a gateway market like San Francisco or New York. However, the situation would be similar to that of Partners’ own global headquarters in Zug, Switzerland, which also is not regarded as a gateway city. Part of the rationale behind Denver is said to be that, like in Zug, the firm is a big enough name in the industry that it has enough pull to attract clients to its offices, regardless of where they may be located. Other factors are understood to be Colorado’s central location in the US, its high quality of life and lower costs, as Denver is a significantly cheaper market in which to operate than San Francisco or New York.

Partners would be far from the only private equity real estate-related entity based in Denver. The city already is home to other firms such as Black Creek Group, Amstar Group, Amstar Advisers, Prologis, KSL Capital Partners and Northstar Commercial Partners.

Founded in 1996, Partners opened its first US office in New York in 2000, a year after completing its first real estate investment. It went on to open an office in San Francisco in 2007 and in Houston in 2014. It had 840 employees globally as of last year.