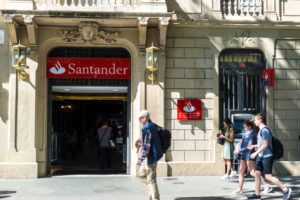 Santander Asset Management, the alternative investments unit of the Spanish bank, has sold a portfolio of European buyout stakes to Partners Group for an undisclosed sum.

Santander used its Private Equity I vehicle to transfer stakes in PAI Partners V, EQT V and August Equity II to Partners, which used its Partners Group Gate Access fund to acquire the interests, according to UK regulatory filings.

PAI Europe V is a 2008-vintage vehicle that held a final close on €2.7 billion, above its €2.5 billion target, according to PEI Research & Analytics. The fund, which is managed by Paris-headquartered PAI Partners, had a 7 percent net internal rate of return and a 1.3x total value to paid in multiple as of 30 September 2015, according to the Florida State Board of Administration, an investor in the fund.

EQT V is a 2006-vintage vehicle that held a final close on €4.3 billion. The fund currently holds seven portfolio companies, according to manager EQT‘s website.

August Equity Partners II is a 2008-vintage fund that held a final close on £155 million ($227 million; €203 million). The fund is managed by London-based August Equity and focuses on investments in western Europe, according to PEI data.

Santander’s Private Equity I is a €135 million fund of funds that closed in 2006. It is managed by Santander’s private equity unit which was founded in 2004 and specialises in infrastructure as well as private equity investments.

Partners paid capital contributions of €300 for PAI Europe V and £40 for August Equity II, according to the filings.

Financial institutions are expected to be motivated sellers this year as the July 2017 deadline for compliance with the Volcker Rule approaches, and banks realise the US Securities and Exchange Commission may not give further extensions for compliance.

Partners had invested a total of $2.2 billion in the secondaries market as of the end of 2015, with half of its investments in private equity, as reported by Secondaries Investor.

Santander and August did not return requests for comment by press time. EQT, Partners and PAI declined to comment.