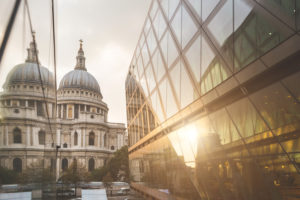 Justin Mallis will take up the newly created post of global head of project management and will be charged with centralising and co-ordinating fundraising activities for Pantheon’s institutional strategies, according to a statement from the firm.

He joined in early 2018 and is based in London within the client service team.

Mallis comes to the role having spent three years at advisor and placement agent First Avenue where he focused on client fundraising, general partner origination and private fund due diligence across private debt, distressed and real estate, according to his LinkedIn profile.

Prior to that he held alternatives-themed positions at Cliffwater, The Bogdahn Group and Segal Rogerscasey, among others, and spent a season as a player in the Israeli professional basketball league, his LinkedIn profile shows.

“Justin brings valuable external experience from a similar role at a global placement agent, alongside deep experience from working at various US pension consultants, specialising in alternatives,” partner Susan Long McAndrews said in the statement.

Pantheon also announced the appointment of Michael Hutten as a principal in its US private wealth initiative, which gives private clients access to private equity investments. He will be based in Raleigh, North Carolina.