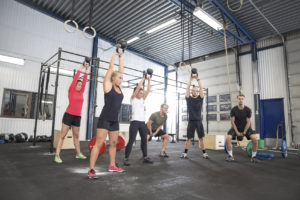 Pantheon has sold its position in two funds managed by Nordic-based IK Investment Partners , according to UK regulatory notices. The funds include IK 2004 and IK 2007.

Pantheon sold the stakes from its secondaries business, Pantheon Global Secondary Holdings. The firm initially bought into the funds in February 2012, as part of a portfolio Pantheon purchased from French corporate and investment bank Natixis, according to UK regulatory filings. Other positions included the Third Cinven Fund and the Fourth Cinven Fund.

It’s unclear if the positions were sold as part of a larger portfolio, but they were both sold to Blackstone’s Strategic Partners’ most recent secondaries fund.

IK 2004 closed on €825 million on 1 February 2005, according to IK’s website. Limited partners in the fund include the British Columbia Investment Management Corporation and the YMCA Retirement Fund, PEI’s Research and Analytics division disclosed.

The fund invested in 12 companies across continental Europe. All except two of the portfolio companies have been sold. The remaining investments are Swedish healthcare company Attendo, which was purchased from Bridgepoint in 2007, and Polish industrial goods manufacturer Axtone, which the firm bought in October 2008, according to its website.

The fund’s exits include the €1.3 billion sale of fire extinguisher business Minimax Viking. The June 2014 sale reportedly generated a 2.3x return for IK.

IK 2007 held a final close on €1.7 billion on 12 October 2007, having received commitments from the West Midlands Pension Fund and Finnish insurance company Fennia Group. The fund made 17 investments, six of which have been sold.