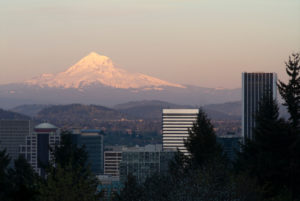 The Oregon Public Employees Retirement Fund is considering selling its stakes in pre-crisis vintage funds as part of a strategy to manage its maturing portfolio.

The Oregon Investment Council (OIC), which invests on behalf of the $68.7 billion pension, said the end of life funds it holds are becoming an increasing burden and that it would consider using the secondaries market to dispose of stakes this year, according to its 2016 Private Equity Annual Plan from 3 February.

“This maturing portfolio is becoming a monitoring challenge as the pre-crisis funds face weak performance and elongated holding periods leading to complex fund restructurings,” the document noted. “Staff will look for secondary and advisory solutions to create additional leverage and allow for more effective monitoring.”

Private equity represented 20.9 percent of the pension’s investments on 30 September 2015, above its target allocation of 17.5 percent, according to the document. Over half the pension’s $14.2 billion private equity portfolio is in funds that started investing befire 2009, with 2005- and 2006-vintages particularly challenging to monitor.

Funds older than 10 years are increasingly turning to restructurings as an alternative to fund liquidations, which can be both time-consuming and potentially value-destroying for LPs, the document noted.

A spokesman for the Oregon State Treasury told Secondaries Investor the strategy is in the early planning stages and includes several potential options such as a secondaries sale.

The OIC approved $2.3 billion in commitments across 11 new funds last year. About 2 percent of the fund was invested in secondaries as a strategy, according to the document.

Disposals of stakes in tail-end funds are attracting increasing attention. More than 60 percent of buyout fund stakes sold last year were from six to nine years old, an increase from 16 percent in 2010, according to Greenhill Cogent’s Secondary Market Trends & Outlook, January 2016. The rise in the volume for mature fund interests may lead to a drop in pricing for such stakes, the report noted.