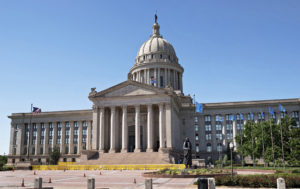 The Oklahoma Teachers Retirement System is considering a commitment to Landmark Real Estate Partners VII, according to documents from the system’s June board meeting.

Landmark VII launched earlier this year with a $1 billion target. Earlier this month, the fund held a first close on $560 million, a source familiar with the matter told Secondaries Investor. The fund will purchase real estate fund interests of diversified vintage years, geographies, managers and strategies on the secondaries market.

In the fund, Oklahoma would pay a 1 percent management fee and a 12 percent incentive fee for profits over 8 percent, according to the documents. Other limited partners in the fund include the Kentucky Teachers’ Retirement System and the Board of Regents State of Iowa, according to PEI’s Research and Analytics division.

Landmark is one of eight candidates in Oklahoma’s value added real estate fund manager search and the only secondaries-focused fund. Oklahoma considers value added managers to be of medium-to-high risk, because the properties typically require improvement and exhibit operational problems.

Last year, Oklahoma said it planned to allocate an additional $283 million to its real estate programme. Its target allocation to real estate bumped up to 7 percent from 5 percent during the third quarter in 2013.

Oklahoma has roughly $13.1 billion of assets under management.