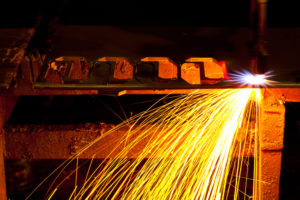 Odin Equity Partners, a Danish buyout firm, has restructured its two funds and raised additional capital, with investors led by Access Capital Partners buying stakes in the transaction, according to a statement by the firm.

Portfolio companies from both funds were transferred to newly created vehicles, additional working capital was provided for existing companies and for investing in new small and medium-size Danish companies, and some terms of the funds were reset.

All 11 limited partners in Odin I chose to sell their stakes. Assets in that fund were transferred to the new BWB Partners I, and some of the existing LPs invested in the new vehicle. The newly restructured fund now has a seven year lifespan.

Three LPs in Odin II decided to sell their stakes, with the remaining 10 opting to roll over into the new BWB II, which bought the assets from Odin II and whose terms, including its lifespan, were mostly unchanged.

All new investors received the same terms for their commitments to the funds, through the structures of the two funds differed between vehicles.

“There has been an alignment with market terms around BWB I, whereas BWB II has been more or less unchanged compared with Odin II,” Jacob Bergenholtz, a managing partner at BWB, told Secondaries Investor.

BWB I is now about DKK 1.3 billion ($190 million; €174 million) in size while BWB II is around DKK 1 billion. The consortium committed DKK 575 million to the two restructured funds to be used as new working capital for existing portfolio companies as well as for new platform investments, Bergenholtz said. BWB has itself increased its commitment to the underlying portfolio by providing capital to the two new funds.