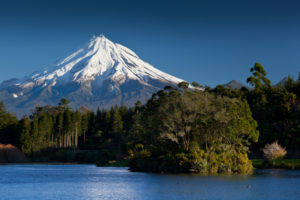 New Zealand Superannuation Fund, the superannuation fund for New Zealand retirees, is lining up the sale of a portfolio of stakes in private real estate funds, according to Secondaries Investor‘s sister publication PERE.

It is believed that between 12 and 15 fund stakes are being marketed representing $500 million of equity commitments.

Advisor Greenhill Cogent has been mandated to run the sale process which is thought to be reaching its final stages. A shortlist of bidders is believed already to have been determined. Secondaries investment firms Partners Group and Landmark Partners are understood to be among the bidding parties.

According to NZ Super’s October monthly public communication, real estate accounts for just 1 percent of its $29.8 billion of assets, implying a current value of just less than $300 million.

However, according to certain people familiar with the process, fund performance is the driving force behind the offload. NZ Super is understood to be keen to re-weight its holdings and, as part of that, its real estate positions are being offered for sale.

According to one source, who declined to be named due to the sensitive nature of the process, NZ Super has previously sounded out buyers for its real estate assets although this is the first time the portfolio has been subject to an official process with an advisor mandated to run it.

He said: “[NZ Super] has been looking to price its entire indirect real estate portfolio and see what the outcome is. They have done it informally without hiring advisors. Now it’s more formal.”

Another source, who also wanted to remain anonymous, said: “Now it is in the final process” and “they are doing this on a portfolio basis”.