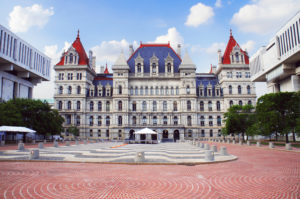 No placement agents were involved, the report said.

Landmark Real Estate Partners VIII was launched in the autumn of 2016 with a target of $2 billion and a hard-cap of $2.75 billion. This makes it the largest ever of its class and twice the size of Fund VII, which closed on hard-cap of $1.6 billion in May 2015 after 14 months of fundraising, according to data from sister publication Private Equity Real Estate.

Fund VIII held a first close in December on $260 million and an additional close in February on $505 million, according to documents prepared for the Connecticut Retirement Plans and Trust Funds.

The fund will invest mainly in “non-control, minority limited partner positions in commingled funds”, the documents revealed. Around 30 percent of the fund is set to be invested outside the US, with transaction sizes ranging from $1 million to $1 billion.

Landmark is seeking internal rate of return of between 14 and 16 percent, according to the documents, and has a 1 percent management fee, eight percent preferred return and 12 percent carried interest.

According to the documents prepared for CRPTF, predecessor Landmark Real Estate Partners VII closed deals averaging $46 million in size and generated a net internal rate of return of 36.7 percent as of 31 December 2016.

There were at least four dedicated real estate secondaries funds in the market seeking a combined $5.5 billion as of May, according to PERE. These include Metropolitan Real Estate Partners Secondaries Fund II, which is seeking $1 billion, and Partners Group Real Estate Secondary 2017, which is understood to be seeking at least $2 billion.