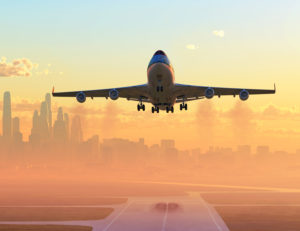 Direct secondaries transaction volumes increased by 18 percent in the first half of 2017 to $11.9 billion, according to a midyear report by NYPPEX Private Markets, obtained exclusively by Secondaries Investor.

This was driven by a change in sentiment on the part of sellers, who have lower pricing expectations due to increasing concerns about “valuation, revenue growth and exits”, the report says. This is mainly due to the performance of recent private equity-backed initial public offerings, particularly those involving unicorns (companies without a long track record valued at more than $1 billion).

“NYPPEX believes that significant change in shareholder sentiment has occurred in the last 12 months regarding unicorn evaluations, which has resulted in sellers lowering offer prices in the secondary market,” the report noted.

The firm estimates that the discount on secondaries bids, calculated as a percentage of a company’s valuation after its most recent capital raising, ranged from a 45 percent discount to 5 percent premium.

Recent months have seen a couple of disappointing IPOs, most notably by Snapchat owner Snap. The firm’s share price has declined 18 percent since its IPO on 2 March and 53 percent from its record high.

Largely due to this softer pricing, NYPPEX has upped its estimate for secondary direct transaction volumes in 2017 to $23.8 billion from $19.8 billion as the temptation to hold on for a big public listing cools.

Looking at the broader secondaries market, the report found that the median bid for LP interests was up by 4.52 percent compared with the first half of 2016. June, however, saw a drop-off, prices reportedly peaking on 1 June before declining by an average of 2 percent-5 percent over the rest of the month.

“This was driven by buyers’ concerns about the inability of the US Congress to pass healthcare legislation, and therefore, will be unlikely to pass tax reform in 2017,” the report noted. “As a result, lower private equity valuations could occur in 2H 2017.”