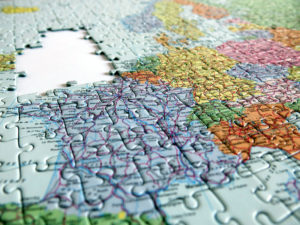 Secondaries deal volume will increase in the wake of the UK’s vote last Thursday to exit the EU, according to NYPPEX Private Markets.

In a letter to be sent to clients today seen by Secondaries Investor, the US-based advisory firm says higher volatility in stock markets and currencies and uncertainty on UK and European economic growth will lead investors to sell private equity holdings and other riskier assets.

“Secondaries sales for both LP interests in private funds and direct investments in private companies will be driven by the desire to monetise unrealised values as exit events are delayed,” the letter states.

Other drivers of sales will include investors wanting to rebalance their portfolios due to the denominator effect caused by lower stock valuations; wanting to offset expected slower European and UK economic growth due to delays in the UK implementing its formal exit of the EU; and wanting to reduce uncalled liabilities and increase cash allocations.

Laurence Allen, NYPPEX’s chief executive, told Secondaries Investor he also expects pricing to fall in the short term by as much as 7 percent for quality euro-denominated funds due to higher uncertainty risk.

Some buyers have already retreated from the market until stock market and currency volatility settles, according to the letter.

“When they return, NYPPEX expects a further flight to quality to US dollar denominated private equity funds,” it notes.

Last Thursday, 51.9 percent of voters said they wanted the UK to leave the EU, sending shockwaves through global stock markets and causing the pound to fall by as much as 10 percent against the US dollar, a low not seen since 1985.

What does Brexit mean for secondaries? Read our commentary here.