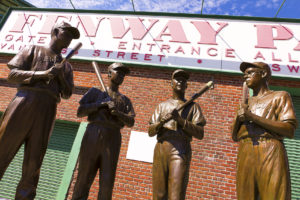 Nova Capital Management is said to be one of four final bidders in a deal that would recapitalise Fenway Capital’s two remaining funds, according to three sources with knowledge of the situation.

Moelis & Co is acting as an advisor to the funds.

Limited partners in the two funds have not been approached with an offer from Nova or another secondaries buyer, but one source said the firm has been proactive in terms of communicating various recap options to the LPs.

“We’re unenthused with the idea of a recapitalisation in general, but Fenway’s performance hasn’t exactly set the world on fire,” one LP said.

It is known that Fenway doesn’t plan to raise another fund. “Fenway’s current [investment] operating structure is unsustainable, which is frustrating,” the LP told Secondaries Investor.

The funds had a combined net asset value of about $460 million as of 30 June, according to a source with knowledge of the situation.

There are five remaining portfolio companies in the funds, including Pinnacle Workforce Logistics, Canadian transportation company Fastrate and one of the largest public refrigerated warehouse companies in North America, Preferred Freezer.

The mid-market firm also retains its stake in sports equipment company BRG Sports, which it created through three investments made in the early 2000s. It acquired Riddell Sports in 2003, Bell Sports in 2004 and Easton Sports in 2006. The three were combined to make Easton-Bell Sports, which was renamed to BRG last year, when Fenway sold the company’s baseball, hockey, lacrosse and softball businesses for $330 million. Fenway managing directors Richard Dresdale and Peter Lamm sit on BRG Sports’ board of directors.

Fenway struggled with some of its previous investments such as its 2006 acquisition of Coach America, the charter bus operator that filed for bankruptcy six years later, and Refrigerated Holdings, which also went bankrupt.

However, the firm did manage to generate a 4.1x return on its 2007 investment in 1-800 Contacts, which was exited in 2012. It also generated a 3.3x return on SunTek, a window-film manufacturer that was sold to Eastman Chemical Company in December 2014.

The firm is currently led by managing directors Dresdale, Lamm and Smart. Its chief financial officer and chief compliance officer is Walter Wiacek, who joined the firm in 2007. The firm also has four investment professionals, but has seen other executives depart in recent years. Managing directors Marc Kramer and Aron Schwartz left in 2011, according to their LinkedIn profiles.

Nova is a London-based private equity firm that specialises in portfolio buyouts with a combined enterprise value of between $100 million and $500 million, its website disclosed. It targets control positions in global companies.