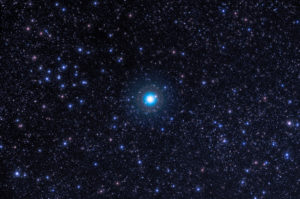 NorthStar Realty Finance received $267 million from distributions and the sale of real estate fund stakes during the first quarter, according to the company’s quarterly earnings results.

The New York-based investment firm said it sold a portfolio of stakes in February that it had acquired on the secondaries market, receiving $184 million in proceeds. The firm also received $83 million in gross aggregate distributions from its fund secondaries portfolio during the period.

NorthStar is still exploring options to sell a portion or all of its private equity holdings, a move announced in March. The holdings were worth $873 million across 173 funds on 31 March, according to the filing, and the firm plans to use the proceeds to finance the repurchase of its common stock and repay debts.

“It’s a constant monitoring process and obviously we’re trying to keep our eyes on where we see opportunities to take chips off the table at prices we deem to be attractive,” NorthStar chief executive Jonathan Langer said during an analyst conference call last week.

NorthStar recently confirmed it was in discussions with Colony Capital on a proposed three-party merger with NorthStar Asset Management, a unit that spun out of the firm in 2013 and that continues to manage NorthStar.