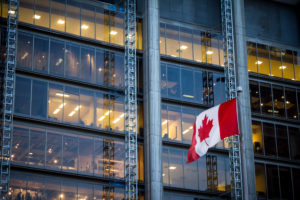 Northleaf Capital Partners has boosted its secondaries firepower as part of a $1 billion fundraise.

The Toronto-headquartered investment manager secured the commitments across its private equity, credit and infrastructure businesses, according to a statement. Around 40 percent of this is earmarked for secondaries investments, a spokesman for the firm confirmed to Secondaries Investor.

Part of the $1 billion includes an expanded custom mandate for Canadian pension Caisse de dépôt et placement du Québec focused on mid-market secondaries, as well as an expanded separately managed account with Canada Pension Plan Investment Board, which invests in the Canadian private equity market on a primary and secondary basis through an evergreen structure.

It is not clear if these two SMAs account for all or part of the $400 million.

The firm targets transactions of less than $100 million in size. A significant proportion of its funds is made up of portfolios and direct interests focused on companies with between $10 million and $100 million in EBITDA, Flood told Secondaries Investor last year.

Northleaf ranked 21st in the latest SI 30 ranking of largest secondaries fundraisers, having amassed $2.38 billion over the previous five-year period.