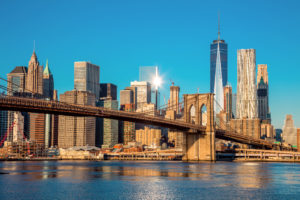 Shafer, who began at the start of February, will spearhead the launch of Northleaf’s New York office and lead the team there once it opens in the spring, according to a statement. He joins as managing director and will focus on the origination and execution of secondaries deals.

Associates Brad Blowes and Mitch Reeves will relocate from the firm’s Toronto headquarters to help with the launch.

Shafer had been head of the Americas at Vision where he led sourcing, analysis and execution of direct secondaries and structured capital deals. The firm has focused more on the latter in recent years.

In January 2017 Vision Capital partner Andrew Rich left to join London-listed insurance broker JLT, in line with the shift away from secondaries. This followed the November 2016 departure of another partner, Daryl Cohen, for lower mid-market buyout firm Inflexion Private Equity.

It also has offices in Montreal, London, Chicago and Menlo Park.

Its debut secondaries fund, the 2013-vintage Secondary Partners I, raised $255 million, above its target of $200 million. Investors in the fund include the University of Alberta, according to PEI data.