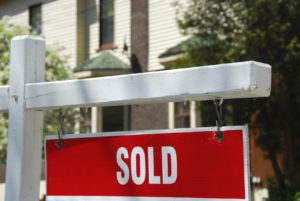 Business will continue as usual at global corporate finance and valuations advisor Duff & Phelps following its $1.75 billion acquisition by Permira Advisers, according to a spokesman at the private equity firm who spoke to sister publication pfm.

The deal will not affect the operations of the business, senior management will maintain their equity stakes in the company, and continue in their leadership roles, the spokesman said.

The acquisition was prompted by the spike in demand for independent fund and corporate services following the financial crisis, which gives Duff & Phelps great growth potential, Nic Volpi, a partner at Permira, said in a statement.

Richard Olson, head of the firm’s European secondary market advisory practice, said at a media breakfast in October that Duff & Phelps has offered a secondaries advisory service since June 2016. Now the firm has eight professionals to advise on secondaries transactions across North America, Europe and Asia.

Duff & Phelps seen significant growth over the past 18 months. In May it announced the purchase of Quantera Global, a transfer pricing advisory firm, expanding that section of the business to Australia, Hong Kong, Singapore and Vietnam.

The deal is part of Permira’s “wider strategy to leverage [its] international footprint in financial services investments,” the spokesman said, adding that the fund manager currently has $3.8 billion invested in the sector.

The transaction is expected to close in the first quarter of 2018, and marks the private equity firm’s second deal in the fund services space in the past six months, having bought global fund services group AlterDomus in May.

The investment was made out of the Permira VI fund, a €7.50 billion vehicle. Sellers included The Carlyle Group, Neuberger Berman, Pictet & Cie and the University of California’s Office of the Chief Investment Officer of the Regents.