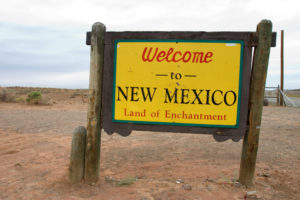 The sale price represents the stake’s current net asset value, according to an NMSIC spokesperson.

Spyder Management, which is the parent company of Silver Creek Ventures, purchased the stake off of NMSIC. It is unclear if Spyder will act as an LP in the fund or if the stake will be allocated in the form of a general partner commitment.

A spokesperson from Silver Creek did not return a request for comment by press time.

In addition to purchasing the stake from NMSIC, Spyder has agreed to pay NMSIC a $3 million settlement to resolve ‘pay-to-play’ claims.

NMSIC alleged Silver Creek paid a placement agent fee to Marc Correra, in relation to NMSIC’s commitment to Fund II. Corerra’s father Anthony was an unofficial advisor to Bill Richardson, who served as governor of New Mexico from 2003 through 2011.

However, Spyder denies any wrongdoing and the settlement resolves undisputed claims, according to a statement from NMSIC.

“This is a sizeable recovery – an appropriate result for New Mexico taxpayers,” Steve Moise, a state investment officer, said in the statement.

NMSIC is still pursuing recoveries against the Correras and a trial date has been set for late 2016.

NMSIC said in the statement it has previously secured settlements of more than $32 million from investment managers and individuals who allegedly subverted its investment process for their own benefit. NMSIC, which manages more than $20 billion, will continue to pursue these recoveries.