Breaking with tradition, we decided to reduce our normal list of 20 professionals to 10 this year, selecting them from a collection of almost 200 nominations. While the depth of young talent in the secondaries market is exceptional, it remains a finite pool – as anyone trying to recruit secondaries professionals over the past two years can attest.

For the second time, we enlisted the help of experienced external judges as part of the selection process: Thomas Liaudet, a partner at Campbell Lutyens; Yann Robard, managing partner at Whitehorse Liquidity Partners; and Isabel Dische, a partner at Ropes & Gray. We thank them for their invaluable insights.

The individuals in this year’s list displayed the elusive X-factor, while also scoring most highly across three criteria: deals, calibre of firm and innovation/leadership.

As one of the longest-standing members of the CPP Investments secondaries team, having been with the firm for seven years across both the Toronto and London offices, Carlin Shen is described by colleagues as a “critical member of the team” and “a fundamental part of [CPP Investments’ secondaries] rebuild”. During his time at the firm, he has executed more than C$8 billion ($6.3 billion; €6 billion) of total transaction exposure across a variety of transaction types. In the last 18 months, Shen particularly impressed his colleagues by leading CPP Investments’ first ever single-asset secondaries investment process.

Zuo Ming Koh is regarded as an integral member of the secondaries team at GIC. He has closed on numerous transactions since he joined in 2018, both on the GP-led and LP side, and is particularly well regarded for his extensive network of contacts. “What makes Zuo Ming stand out is his mastery of the legal (in addition to the commercial) aspects of our deals,” one nominator said, also commenting on his ability to quickly grasp the requirements of foreign direct investment regimes. “He is the type of buyer that our… clients want to partner with.” 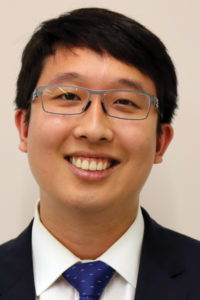 According to his colleagues, Richard Pan represents the next wave of talent in the secondaries market. His extensive background, covering all facets of the industry, was a significant factor in his nomination for the Next Gen 10, as the evolving market forces advisers to become more versatile. Throughout his tenure at PJT, Pan has executed roughly 15 deals with an overall transaction value of more than $13 billion. Over the past 12 months, Pan has advised on the underwriting and assessment of more than $15 billion in potential mandates. 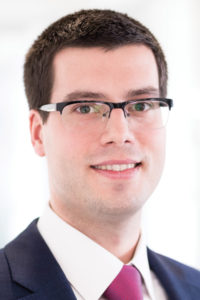 Since joining Schroders Capital in 2017, Petr Poldauf has worked on 30 European secondaries transactions, the majority of which were GP-led transactions in the lower mid-market. Poldauf has been particularly active in the last 12 months, executing more than 10 such transactions for the firm. “Petr has put Schroders Capital on the map for European GP-leds,” one colleague said during the nominations process. Some of Poldauf’s most recent transactions include leading a single-asset continuation vehicle alongside a German mid-market buyout GP, and a continuation vehicle for three assets alongside a UK healthcare specialist GP. 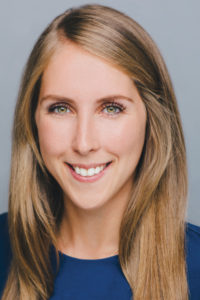 “A rising star within Whitehorse” is how one peer describes Michelle Alexander. She joined in the early days of the firm, becoming its ninth employee in 2017, and has since worked on transactions worth more than $1.6 billion across a variety of structures. During her time at the firm, she has helped to deploy $3 billion, and led negotiations or closed on over $750 million of net asset value-based financing transactions in the firm’s first four flagship funds. She is highly regarded for her thoughtfulness, accuracy and personability, as well as for her deep understanding of the secondaries market.

Benjamin Carper is known as a culture carrier and trusted adviser by those who have worked with him over the years. He is a founding member of Jefferies’ GP-led secondaries advisory practice, and has closed several high-profile transactions, including Insight Partners, Ares Management and Permira. Carper is also described as a detailed and passionate secondaries banker who understands the intricacies of any deal. He’s known to be a critical thinker and one who has “the best vocabulary of anyone in secondaries”. He previously worked at Coller Capital and Lazard.

Joseph Feng is one of the original members of BlackRock’s secondaries and liquidity solutions business; he contributed to its debut fundraise, which closed on more than $3 billion. Feng joined BlackRock from Pantheon and has also worked on the sell-side at UBS. He has closed deals worth more than $2.5 billion since joining BlackRock. Among the key transactions Feng has executed are deals alongside Mubadala Capital, CCMP Capital and CREO Capital. He has also heavily contributed to the codification of processes and to the growth of BlackRock’s secondaries platform, for example by building workflows and ESG frameworks. 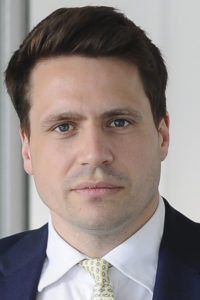 Having been promoted to partner in 2021, Ed Ford now spearheads Travers Smith’s secondaries practice. He has advised on GP-led secondaries, informing GPs on deals backed by the likes of Pantheon, LGT Capital Partners, Glendower Capital, Idinvest Partners, CPP Investments and HarbourVest Partners. He also has experience advising on fund recapitalisations, LP portfolio sales, preferred equity financings and other structured secondaries transactions. According to one client: “[Ford] epitomises everything clients like about the firm: he takes the time to understand clients’ business needs and uses [this] to exercise strong commercial judgment.”

A four-year veteran of Campbell Lutyens’ secondaries business in North America, Henderson has been described by his peers as someone who may not speak much, but who commands everyone’s attention when he does. The former Atlas vice-president has advised on approximately $6 billion in secondaries transactions throughout his career, including a $1.5 billion stapled secondary for Churchill Asset Management last year. He previously advised on the $440 million managed fund secondary for Angel Island, representing one of the largest GP-led credit transactions to date. 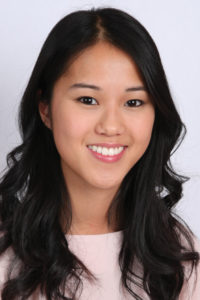 A seven-year veteran of Lexington Partners, Sarah Cherian is considered by peers to be one of the most active buyers in the market. She has deployed $7.5 billion across a spectrum of LP portfolios and GP-leds, including the historic Norinchukin Bank portfolio sale in 2019. Outside of investing, Cherian has also been actively involved in fundraising and recruitment, and she co-founded a women’s initiative to further the professional development of Lexington’s female staff.