Home News & Analysis Next Gen Leaders of Secondaries: Class of 2021

Our annual ranking of next generation leaders gets more and more popular with each passing year. This year’s list reflects the evolution of the market, with credit and real assets specialists making their mark. The diversity of submissions has markedly improved from prior years, with women taking six spots this year.

For the first time, we enlisted the help of three experienced external judges: Katherine Ashton, a partner with Debevoise & Plimpton; Jeff Hammer, global co-head of secondaries at Manulife Investment Management; and Philip Tsai, global head of secondary market advisory at UBS. We thank them for their insights.

Next generation leaders are already shaping the future through originating and executing cutting-edge deals, keeping secondaries one of the most creative and fast-moving private markets sectors. 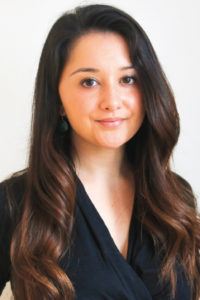 Marianne Parker recently joined AlpInvest as a vice-president after spending five years at CPPIB. She has deployed more than $3 billion across 20 deals, including executing the pension’s first preferred equity deal and its first Latin America deal. She has been praised for her “clarity of thought”, “encyclopaedic wealth of knowledge and relationships”, and “highly commercial sensibility and creativity in unlocking transactions”. Parker has also mentored and trained new joiners and played a key role in shaping the culture of the teams in which she has worked. 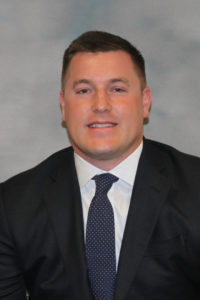 Secondaries deal volumes are at record highs, and Jim Tilson is a big reason why. The Evercore vice-president has advised on more than $20 billion of transactions, $10 billion of which came in the last year. He is credited with driving marquee transactions involving the likes of General Atlantic, Hellman & Friedman and Leonard Green. Peers call him a “star” and a “fantastic communicator” who takes a creative approach to structuring, using things like earnouts and cross-fund investments to create alignment and get deals over the line. 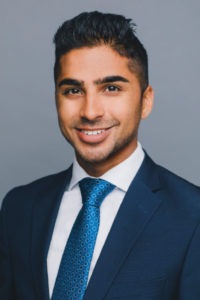 Nadeem Kheraj is a senior principal at preferred equity shop Whitehorse, but in the words of one colleague, he “definitely performs above his title”. In his two years at Whitehorse and five years with CPPIB, Kheraj has deployed more than $7 billion dollars in more than 25 deals, including large portfolio sales, complex GP-leds, preferred equity transactions and GP commitment financings. He has been a “key contributor” to Whitehorse’s fundraising efforts and has helped attract a significant amount of talent to the firm, supporters say.

“A rare talent” is how one peer describes Lauren Din. A graduate of Columbia Business School, Din has worked on some of the market’s headline GP-led transactions, including the 2019 processes involving Thomas H Lee Partners and Insight Partners, which Coller Capital backed. Din is also touted as an emerging leader at Coller, having been nominated to help run the firm’s US co-investments initiative. In her spare time, Din serves as an adjunct instructor at Fordham University. 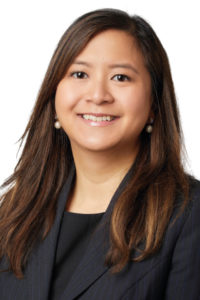 Pamela Hanafi, who joined TPG as a principal early this year, is a core member of its fledgling GP solutions platform. She executed on about $1.5 billion of deals in her prior roles at Landmark Partners and Glouston Capital Partners. Her peers describe her as a “strong dealmaker”, “critical thinker” and an “excellent culture carrier”. Hanafi’s energy, creativity and shrewdness are contagious, says one colleague. She also co-founded and sits on the board of industry group Women in Secondaries. 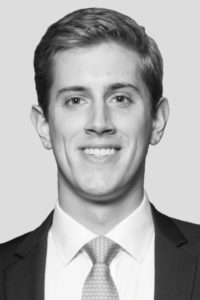 Kevin Bundschuh joined Strategic Partners straight out of college in 2011. Since then he has grown “from a conscientious and diligent young analyst… to a serious player in the niche field of infrastructure secondaries”, says a colleague. Bundschuh has been instrumental in the growth of Strategic Partners’ infrastructure platform since its foundation in 2014, completing well over $5 billion of transactions across infra, energy and real assets. He recently worked on a $1 billion single-asset deal centred on renewables business Terra-Gen, managed by Energy Capital Partners. 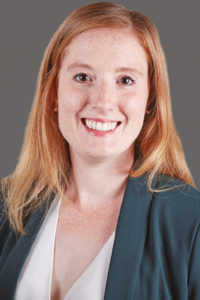 Investment funds partner Jacqueline Eaves co-ordinates Kirkland & Ellis’s liquidity solutions practice on a global basis. She also plays a unique role as a knowledge manager, helping to ensure the team is incorporating the latest data and market insights into its practice. Peers praise the former Debevoise & Plimpton lawyer for her customised, client-specific advice, avoiding the one-size-fits-all trap that befalls some others. Eaves also sits on Kirkland’s diversity and inclusion committee and is an active participant in the Women’s Leadership Initiative.

Since joining Lazard three years ago, Matthew Houlden has worked on $9 billion-worth of secondaries deal volume, including two of the largest single-asset deals in Europe, involving Intermediate Capital Group and Astorg, respectively. He is hands-on, responsive and has a “very good grip” of the issues inherent in GP-led deals, says one buyer who has worked with him. Houlden has also demonstrated leadership by using his background in fund finance to develop new tools for maximising returns to investors, colleagues say.

AIMco isn’t the biggest name in secondaries, but that may change if Alfred Lo has anything to do with it. The CPP Investments alum helped grow the pension’s secondaries programme from one fund commitment of $50 million in 2018 to a portfolio of fund positions and co-investments. Lo sourced, executed and closed AIMCo’s first LP secondaries transaction and oversees relationships with some of the market’s biggest names. “Undoubtedly, Alfred will continue to grow into a leader of the industry,” says a market veteran who has worked with him. 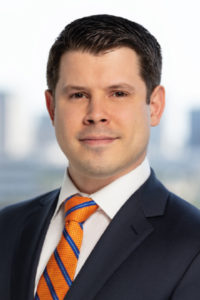 If Jason Morris hadn’t gone into secondaries, he might well have considered being a professional juggler. “No one is able to juggle as many balls as Jason regularly does,” says one of his peers. Morris is described as an “outstanding deal technician” on LP portfolio transactions, whose involvement makes processes more efficient. He has also been integral to the build-out of Jefferies’ GP-led advisory business, colleagues say. Morris was one of 15 investment professionals who joined Jefferies from Greenhill earlier this year. 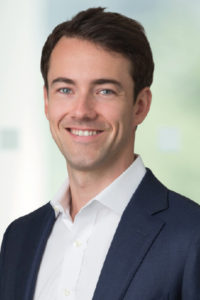 Quinn Kolberg has the distinction of being one of the most frequently nominated entrants on this year’s list. The first hire in M2O’s secondaries advisory team, which now numbers 10 people, Kolberg is admired for his “no drama” approach to problem solving and his willingness to get “deeper in the weeds” on deals than other advisers. Multiple colleagues praise Kolberg’s creativity in structuring GP-led deals when it comes to mitigating GP clawbacks, managing indemnification risk and designing incentive-sharing arrangements, all the while driving the best price for LPs. 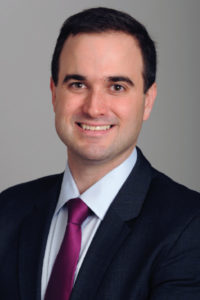 Described as both an “expert” and “innovator”, Tim Henn helped launch Portfolio Advisors’ Credit Strategies Fund, possibly the first credit secondaries fund ever raised. Since joining the mid-market specialist, Henn has led more than 20 credit secondaries deals representing $500 million in value and has been active on the private equity side. Credit secondary transactions have complex tax issues, and Henn has been integral in developing the framework around tax/legal diligence for these transactions, says one buyside source. 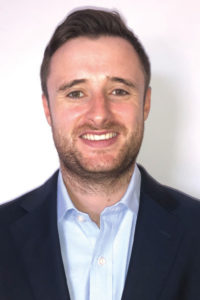 We love to hear about genuine characters in the secondaries market, and we’re told Daniel Ward is just such a person. Ward is “always in good spirits, cracking jokes, but working so hard”, says a former colleague. “Technically, he’s one of the strongest people I’ve seen in this market.” CPP Investments remains a formidable force, and London-based Ward plays a leading role on the team, directing complex deals with a commercial outlook.

Chris Townsend joined Ropes & Gray from Kirkland & Ellis in March. Over the past 18 months, he has led on secondaries transactions totalling more than $2 billion, including representing Montana Capital Partners on an $875 million strip sale from the balance sheet of China Ping An Insurance Overseas. Townsend is adept at representing his clients’ interests while remaining commercial, says one colleague. “He knows when to wait and when to push.” Townsend has advised on an array of deal types, spanning GP-led restructurings, large portfolio sales, single-asset deals and more.

Spencer Gyory recently joined Goldman Sachs as a vice-president, where he and former colleague Alex Mejia are building a secondaries advisory business. Gyory got his start as an analyst at Lazard and worked his way up to director over eight years. Along the way, he earned a reputation for his intelligence and acumen, particularly when it comes to single-asset and energy deals. Among the transactions he has worked on are Warburg Pincus’s 2017 Asian strip sale and the recapitalisation of Intermedia’s stake in Hemisphere Media, a forerunner to today’s single-asset processes. 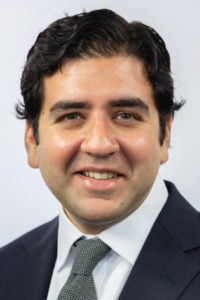 Described as smart, articulate and with experience ranging from direct investing to structured finance, Mustafa Osmani is the modern, peripatetic secondaries adviser. He is particularly well known for his work in the real estate and infrastructure space. Recent deals Osmani has driven include the sale by APG of an interest in real estate investment platform Vivenio Residencial Socimi. Osmani joined UBS from real estate firm Orion Capital Managers in 2018. He previously spent six years at Credit Suisse, working across secondaries and investment banking. 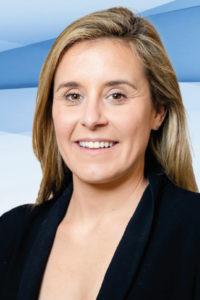 The only managing director on our list, Rocío Heres has accomplished a lot since joining Altamar Capital Partners in 2008. She is co-head of the asset manager’s New York office and a member of Altamar’s 10-person US investment team. Heres also helped set up an office in Chile, where she was successful in growing Altamar’s regional network. She has led an extensive number of secondaries deals in the US, Latin America and Europe, focusing on GP-led restructurings in the lower mid-market.

“Absolute all-star” is how one market veteran describes Debra Kelsall, who joined advisory firm PJT Partners at the end of 2020. Kelsall spent almost six years in investment banking at Goldman Sachs, focusing on preferred equity. She now works in London with previous Next Gen Leader Johanna Lottmann, European head of PJT Park Hill’s secondary advisory group. Kelsall has a “broad set of skills that most advisers don’t have”, says one London-based buyside executive.

Starting with Pomona as a senior analyst in 2014, Alex Gerson was quickly promoted four times, most recently to principal in March. He helps to source, underwrite and monitor secondaries transactions and is involved in fundraising efforts for both the firm’s institutional funds and its registered secondaries vehicle. Gerson has been integral to growing Pomona’s footprint in the GP-led market, says one colleague. He has also proved a successful recruiter of talent, helping onboard six new associates. 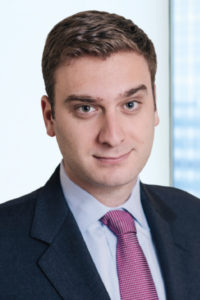 Last year, Apollo asked its juniors to pitch an idea for a new business, with the winner receiving a prize of $100,000. Not only did Brian Laureano’s idea win, gaining the approval of a panel that included co-presidents James Zelter and Scott Kleinman, but it also led to Apollo launching a credit secondaries business with $1 billion to invest. The investment giant has since moved into private equity secondaries, backing a GP-led process on Alpine Investors’ 2013 fund.