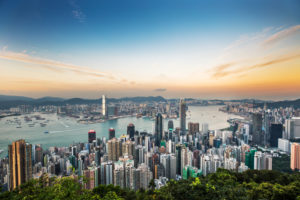 NewQuest Capital Partners has returned to market with its first fund since TPG Capital acquired a stake in its management company.

The Asian mid-market secondaries specialist is targeting $850 million for NewQuest Asia Fund IV, an almost 60 percent increase on the amount it raised for its predecessor, according to a source with knowledge of the fundraise. AVCJ first reported the news.

It is understood the fund does not yet have a hard-cap.

NewQuest Asia Fund III raised $540 million against a target of $500 million by final close in 2016, according to Secondaries Investor data.

In the fourth quarter of last year the firm led a syndicate that acquired 18 India-based companies from four funds managed by venture capital firm New Enterprise Associates, according to a source familiar with the process. The management team spun out at the same time to form Mega Delta Capital Advisors, with NEA exiting the Indian market.

In August, NewQuest and Singapore’s GIC backed a $500 million renminbi-to-dollar restructuring on a fund managed by Loyal Valley Capital. The fund contains stakes from a number of early stage healthcare companies and Chinese ‘unicorns’ – technology companies valued at more than $1 billion, Secondaries Investor wrote at the time.

In June, TPG acquired a significant minority stake in NewQuest, giving the Fort Worth firm a foothold in the Asian secondaries market. For NewQuest, the acquisition spurred its expansion into “adjacent” secondaries strategies in addition to direct secondaries, restructurings and spin-outs, Secondaries Investor reported at the time.