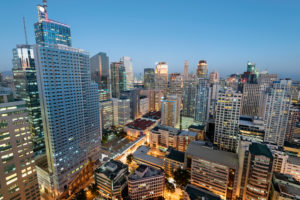 NewQuest Capital Partners has made the first deal from its latest fund by acquiring a back-office outsourcing firm from Actis and Filipino corporation Ayala.

The direct secondaries firm bought 100 percent of New York-headquartered Integreon for an undisclosed sum. The company provides legal, document, business and research services, according to a statement announcing the deal.

“Over the past few years, the business has achieved an exceptional market position and is poised to take advantage of its long-standing strong client relationships, its global delivery platforms, and deep experience in working with professional clientele,” Amit Gupta, partner and chief operating officer at NewQuest, said.

Integreon employs more than 2,400 associates and operates 14 delivery centres globally, according to its website.

NewQuest was the only Asia-headquartered firm to make Secondaries Investor‘s Si30 ranking of the biggest secondaries firms globally. The firm’s NewQuest Asia Fund III exceeded its $520 million hard-cap to close on $540.5 million in June and it was close to having deployed all of Fund II, partner Bonnie Lo told Secondaries Investor at the time.

NewQuest manages over $1.25 billion in capital commitments and has acquired positions in over 40 companies, according to the statement.