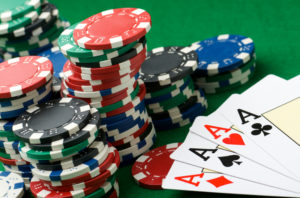 The deal took about five months to complete, according to two sources, and the assets being restructured were valued at between $400 million and $450 million, including some fresh capital for follow-on investments. Buyers did not use leverage at deal level.

The transaction, in which about two-thirds of existing limited partners sold their stakes in the fund, closed at the end of 2015 at a small discount, a third source said.

One attractive aspect of the transaction was that the remaining assets in the funds were of good quality and at reasonable valuations, said one source. The transaction included about eight portfolio companies in the distressed-for-control fund including US restaurant chain companies American Blue Ribbon Holdings and J Alexander’s Holdings, and resort and casino chain Eldorado Resorts, which were transferred to a newly-created fund. In distressed-for-control funds, investors purchase distressed debt with the goal of gaining control of the equity of the company.

Some small positions in publicly traded companies were not part of the transaction and remained in the existing fund. “LPs who cashed out still have a tiny residual,” a source said. Another source added that the plan is to wind down exposure to these assets in a timely manner.

When Lehman Brothers filed for Chapter 11 bankruptcy shortly thereafter, Newport’s assets were held in custody of Lehman and Newport began court proceedings to get them back. As Newport was caught in Lehman Brothers’ collapse and bankruptcy, it also impacted performance of its fund.

“It’s a pretty good outcome,” said one of the sources. “This was a fund that got hurt in the global downturn. LPs are getting out at a rather full price.”

Neuberger Berman, Morgan Stanley and UBS, the advisor that worked on the restructuring, declined to comment. LGT and Newport did not return requests for comment.