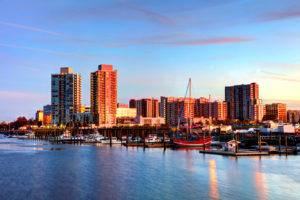 Newbury Partners has become the latest secondaries manager to return to market.

The Stamford, Connecticut-headquartered firm is targeting $1.75 billion for Newbury Equity Partners V, according to a filing with the Securities and Exchange Commission. Santiago, Chile-based placement agent Finanzas y Negocios Servicios Financieros Limitada is working on the fundraise.

Newbury acquires limited partnership stakes in buyout, venture capital, special situations, mezzanine and funds of funds. It focuses on small- and mid-market interests, targeting transactions of up to $250 million in value with no minimum deal size.

Fund IV had a 10 percent allocation to direct co-investments, Secondaries Investor reported in 2017, the average size of which was $10 million.

Portfolio Advisors, Altamar Capital, Willowridge Partners and Partners Group have all returned to market in the past month targeting a combined $7 billion, Secondaries Investor has reported.

Newbury was founded in 2006 by Richard Lichter, the former head of secondaries at Auda Private Equity.

Newbury did not respond to a request for comment.