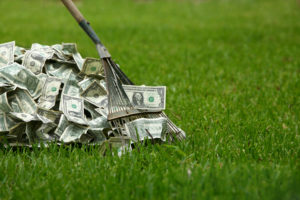 Newbury Partners is edging towards a final close on its latest secondaries fund, a month after Secondaries Investor reported the firm had held the first close on $700 million for the vehicle.

According to a fundraising update filed with the US Securities and Exchange Commission, the Connecticut-headquartered firm has raised $1.1 billion for Newbury Equity Partners IV, with $1.25 billion its final target.

The fund’s hard-cap is $1.4 billion, Secondaries Investor reported in June.

Fund IV has a 10 percent allocation to direct co-investments, according to a source familiar with the fund, some of which has already been invested in small-to-mid-sized industrial companies. The average size of these investments from Fund IV is $10 million.

No placement agents have been used so far, the filing revealed.

More than 50 percent of the investors so far are pension funds, with half of those coming from Europe, including AP Fonden 3.

It focuses on small and mid-market interests, targeting transactions up to $250 million in value with no minimum deal size.

The firm has around $2.8 billion in assets under management, according to PEI data.

Its previous fund, the 2013-vintage Newbury Equity Partners III, closed on $1.1 billion, above its target of $1 billion. That fund is still being invested, Secondaries Investor understands.