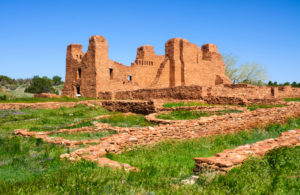 The New Mexico Educational Retirement Board (NMERB) has approved a $50 million commitment to Siguler Guff‘s latest secondaries fund which focuses on distressed and special situations sub-strategies.

The pension fund committed the capital to Siguler Guff Secondary Opportunities Fund I, according to minutes from its 21 January investment committee meeting. It was not clear that the fund’s target is, but the fund focuses on North America, according to PEI Research and Analytics.

NMERB can invest up to $10 million in additional capital to Fund I on a secondaries basis, subject to availability, according to the minutes.

The pension had previously committed $50 million to a separately managed account with Siguler Guff.

In November, NMERB’s deputy chief investment officer told Secondaries Investor the account was fully invested six months after the first capital call, and the pension had received over $11 million back already with a triple-digit net internal rate of return and close to a 1.6x multiple.

New York-headquartered Siguler Guff is a multi-strategy investment firm with over $10 billion of assets under management, according to PEI data.

NMERB has $11.4 billion in assets under management.