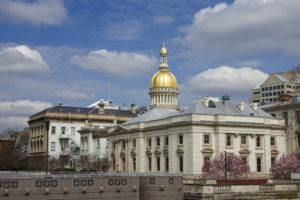 The New Jersey State Investment Council (NJSIC) has sold its stake in a buyout fund that backs a payday lender, seven months after it said it was exploring options to exit the investment.

The pension sold its entire stake in JLL Partners V as well as its interest in Carlyle Mezzanine Partners II (CMP II) to a sole buyer at 97 percent of 31 March 2015 net asset value (NAV), Christopher Santarelli, a spokesman for NJSIC, said in an emailed statement.

“The sale proceeds will provide the [pension] with the ability to redeploy capital into more attractive opportunities,” Santarelli said. NJSIC will receive about $34.6 million in net sale proceeds from the transaction.

It was not clear who purchased the stakes from NJSIC, which had said in May it was exploring options to offload the stake.

JLL V closed on $1.5 billion in December 2005, with NJSIC committing $50 million to the fund, according to PEI’s Research and Analytics division. The December NAV for JLL V was $23.9 million and $29.1 million for CMP II, according to the statement.

CMP II is a $554 million vehicle that fell short of its $1 billion target, closing in March 2009 after 18 months of fundraising, according to PEI data.

New York-headquartered JLL Partners is a mid-market buyout firm with $4.6 billion in assets under management across seven funds, according to its website.

JLL Partners and Carlyle did not return requests for comment by press time.