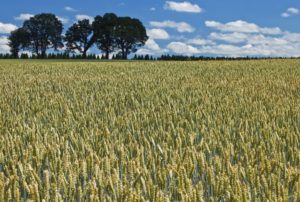 New Jersey State Investment Council has approved a recommendation from its Division of Investment to commit up to $135 million to a dedicated vehicle managed by Denver-headquartered Aether Investment Partners.

The Aether Real Assets SONJ Fund, a fund of funds, will make primary, secondaries and co-investments in both agriculture and timber in addition to metals, mining, oil and gas, according to a 22 November memo by director and chief investment officer Christopher McDonough.

McDonough wrote in the memo that the Aether Real Assets SONJ Fund will have a particular focus on vehicles targeting the upstream segments of natural resource sectors that have a positive correlation to commodities.

“Over a full market cycle, the fund targets to outperform the Bloomberg Commodity Index by 12 percent to 15 percent net, a portion of which will come from annual yield,” McDonough wrote. “Aether will prosecute its strategy by investing in primary funds, secondary market opportunities and co-investments.”

In the memo, McDonough described how the investment is motivated by the $76 billion NJSIC’s desire to diversify its exposure to energy price risk and complement its existing private equity-like risk/return profile. McDonough touted Aether’s opportunistic global approach, highlighting that the firm’s focus on funds with less than $1 billion in assets under management would complement NJSIC’s own existing sourcing efforts.

“Aether believes that investment returns and alignment of interests between fund managers and investors are generally better with investments in smaller funds that are managed by teams that possess deep operational and/or technical expertise,” according to the 2015 annual report of Treasury Group Ltd., an Aether investor.

NJSIC worked with TorreyCove Capital Partners as its real assets consultant and Aether has not engaged a placement agent, according to the memo.

Aether was established in 2008 and provides real assets exposure to clients that include public and corporate pension funds, endowments and high-net-worth individuals. Within agriculture and timber, the firm has a preference for production-orientated strategies and will also consider investments in products, services and midstream assets, according to its website. It also invests in oil and natural gas, metals and minerals and will consider other sectors with similar characteristics such as alternative energy, power and water.