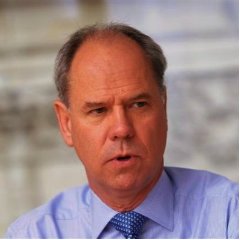 UK infrastructure veterans Bob Shekleton and Nigel Brindley have launched Stratus Infrastructure, an advisory firm focusing on infrastructure investments in emerging markets, according to a statement.

Stratus will tackle the skills gap that stops deals from being done in emerging markets infrastructure and help realise the potential of public-private partnerships (PPPs) to meet increasing demand in these markets. The firm will also engage in secondaries transaction management and integration for direct investors and banks, Brindley told Secondaries Investor.

“There has never been more dry powder chasing infrastructure investments. In Europe and the US, deal flow is very low — there is more capital than there are opportunities,” Brindley said. “That’s resulting in an overheated market in the secondary side and a subdued market on the primary side.”

On the secondaries market, there is too much liquidity and a growing number of new investors attracted by superior returns are chasing too few opportunities.  Consequently, there is a real risk that some investors are over-paying for assets, Brindley explained.

Developing countries typically do not have access to the skills needed to structure and negotiate viable PPP deals with international investors, which may lead to project delays, escalating costs and ultimately cancellation with the host countries earning a reputation for poor deliverability.

“We see great opportunities in ASEAN [Association of Southeast Asian Nations], Sub-Saharan Africa and Latin America. Not only can we structure and close fundable deals but we know how to manage the regulatory, construction and operational risks that often put off investors,”  Brindley said in the statement.

Stratus officially opened on Monday and is based in London. Additional offices will open based on future opportunities, Brindley told Secondaries Investor.

“When the opportunity arises we can expand quite quickly. At the moment we’re talking to associates in Russia and in the US. We’ve also had discussions with people in Latin America,” he said.

Yvonne Li contributed to this story.