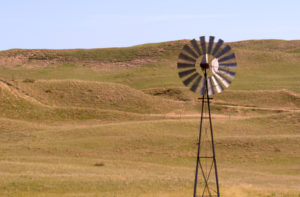 The proposed sale was in relation to assets held by the Omaha School Employees’ Retirement System, a $1.2 billion pension fund for which NIC took over management in January.

Aon Hewitt Investment Consulting was hired to help NIC bring the OSERS portfolio in line with the long-term asset allocation policy of three other state defined benefit plans, according to the documents. While NIC will be able to liquidate or reallocate around 70 percent OSERS’ legacy assets, around 30 percent of the portfolio is invested in illiquid positions scheduled to run off over the next ten years.

Aon spoke to various market intermediaries and sourced indicative bids for the illiquid portfolio on behalf of the US pension manager, and recommended NIC refrain from selling any of the assets on the secondaries market because “discounts to current NAV [net asset value] are too large,” it wrote in a memo dated 2 February.

OSERS had stakes in eight funds across private equity and real estate strategies which had a total value, including distributions, of $283.7 million as of 30 June, according to a second quarter 2016 performance report. It is unclear if the 30 percent of illiquid assets Aon refers to in the memo relates to these interests.

Average high bids for stakes across all strategies slipped 1 percentage point to 89 percent of NAV last year, according to an end of year report by advisory firm Greenhill Cogent. Despite the fall, pricing remains at historic highs and has risen 7 percentage points since 2011, hitting a high of 92 percent of NAV in 2014.

NIC and Aon did not return requests for comment.