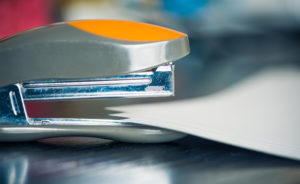 Though continuation vehicles have been the darling of the GP-led market of late, other deal types are still getting done.

A consortium led by BlackRock‘s Secondary & Liquidity Solutions group has invested in a portfolio of assets managed by Mubadala Capital, the asset management arm of Abu Dhabi’s second-largest sovereign wealth fund, Mubadala Investment Company, according to a press release. It also led a $400 million stapled commitment to its third fund.

The secondary element of the transaction included assets from a $2.5 billion fund Mubadala raised in 2017, according to a source with knowledge of the matter.

The head of private equity at Mubadala Capital, Adib Mattar, said in the statement that he expected it to be “a landmark transaction, especially in a highly uncertain market environment”.

Fund III recently held a final close on $1.6 billion, which includes this staple, according to the release. Mubadala Capital has $9 billion in assets under management.

This transaction constitutes a variation on a vanilla staple, where a new investor acquires an LP stake in an existing fund alongside a commitment to the newest vehicle. BlackRock acquired a pool of assets in addition to the new fund commitment.

Mubadala used a similar deal to accrue its first third-party capital under management. In April 2017, Ardian did the then-largest stapled transaction of all time, shelling out $2.5 billion to acquire 14 LP stakes and 14 direct investments.

The Paris-headquartered buyer made a $750 million primary commitment to Mubadala’s first fund, a $1.5 billion vehicle focused on directs, co-investments and fund commitments in North America and Europe. The other $750 million came from Mubadala.

Public Sector Pension Investment Board is looking to do something similar, affiliate title Buyouts reported in June.

Stapled commitments are more typically used as part of tender offers, which accounted for just 5 percent of GP-led deals in the first half, according to Campbell Lutyens’ forthcoming secondaries market survey. This is down about 50 percent from 2020.