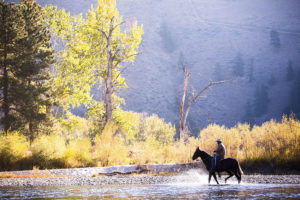 Montana Board of Investments has tapped the secondaries market to sell stakes in two younger funds worth a total of $30 million, and has said it is considering future sales.

The board, which manages over $16 billion in state funds, disposed of its $20 million stake in Summit Partners‘ 2011-vintage eighth growth equity fund and $10 million interest in TA Associates‘ 2010-vintage Fund XI, according to documents prepared for its 16-17 August meeting.

The sale generated net proceeds of $26.2 million for Montana, although it was not clear who bought the stakes and Montana did not return a request for comment by press time.

Ethan Hurley, director of private investments at Montana, said the secondaries market “is always available to us, and we may take advantage of it in the future”, according to minutes from a board meeting on 24-25 May.

This is not the first time Montana has sold in the secondaries market. In 2014, the board sold interests in eight private equity funds with total net asset value of about $126.6 million to three different buyers for a total purchase price of $133.6 million, as Secondaries Investor previously reported.

Montana is also an investor in secondaries funds. In May, the board re-upped in HarbourVest Partners’ Dover Street IX with a $20 million commitment, and has previously committed to Lexington Partners, Industry Ventures and Portfolio Advisors funds, according to PEI data.

Summit Partners Growth Equity Fund VIII is $2.7 billion global vehicle. The fund attempts to maximise returns by pursuing lower valued companies that have no previous professional equity investors, according to a Pennsylvania Public School Employees’ Retirement Board document. The fund had a 1.3x return multiple and a 15.35 internal rate of return as of 31 March, according to a performance document from the Minnesota State Board of Investment.

TA Associates XI is a $4 billion fund that invests in TMT, financial services, consumer goods, healthcare and business services, according to PEI data. The fund had an 18.57 net IRR as of 30 September, according to a California State Teachers’ Retirement System’s performance document.

Summit Partners and TA Associates did not return requests for comment by press time.