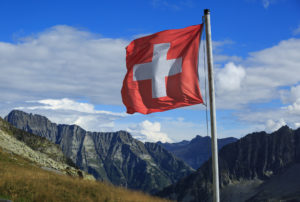 Montana Capital Partners has tapped a Pantheon executive for the latest addition to its investment team.

Solaiman Zein joined at the start of the year as vice-president, the firm’s managing partner and co-founder Christian Diller confirmed to Secondaries Investor. Zein’s LinkedIn profile has been updated to reflect the new position, which sees him move from London to Switzerland.

Prior to joining the Baar-headquartered firm, Zein spent four years at Pantheon’s London office where he was a senior associate, according to his LinkedIn profile. Prior to that he held positions in the investment banking teams of Citi and Nomura, among others.

Given his experience in the region, Zein is likely to focus more on European investments, Diller said. Montana’s portfolio is split approximately half and half between Europe and North America.

This is the second hire Montana has made in recent months. In October, Secondaries Investor revealed that Philip Viergutz, a managing director and head of business development and investor relations with AlpInvest Partners, was to join as a partner. The firm also promoted directors Christoph Jäckel and Eduard Lemle to partner, effective the same month. The firm has 21 employees, including Zein, according to its website.

Montana is investing mcp Opportunity Secondary Program IV, an €800 million fund that closed in April 2018 after five months in market.