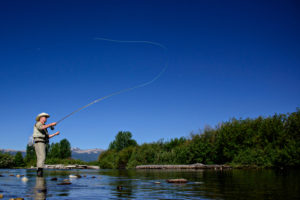 Montana Board of Investments saved around $100,000 by not hiring an advisor when it sold stakes in Summit Partners and TA Associates funds in the first half of the year, minutes from its August meeting show.

Ethan Hurley, the board’s director of private investments, said the sale transacted above par and that “frictional costs” were avoided by selling stakes directly to a general partner, according to the minutes prepared for the board’s 15-16 November meeting.

Montana sold the stakes opportunistically and its relationships with the managers was non-strategic, according to the minutes.

Board staff spoke to Montana’s secondaries managers and several advisors, and ultimately reached a competitive price by engaging directly with the buyer, the minutes note.

Asked by a board member how the sale compared with Montana’s first secondaries sale, Hurley said the process was always “fairly onerous” with a lot of paperwork and back and forth. While advisors can help in creating competitive pricing by expanding the buyer pool, Montana arrived at a competitive price by going directly to the buyer, Hurley said.

The board will redistribute proceeds from the sale back into the private equity pool based on asset allocation needs.

In 2014, the board sold interests in eight private equity funds with total net asset value of $126.6 million to three separate buyers for a total purchase price of $133.6 million, as Secondaries Investor previously reported.

Pension funds were expected to remain the most active sellers in the second half of this year and account for 36 percent of sales by volume, according to a report by Setter Capital.

According to a survey to be published in sister publication Private Equity International‘s December issue, 41 percent of limited partners globally plan to either increase or maintain sales of alternative asssets fund stakes over the next year.

Montana was established in 1972 and manages over $16 billion in state funds, according to its 2015 annual report.