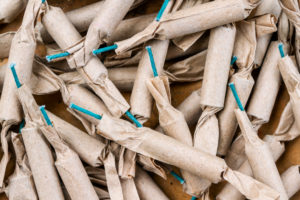 Secondaries deal volume at alternative assets law practice MJ Hudson during the first half of this year has surpassed the level of activity for all of 2014, according to the firm.

London-based MJ Hudson said it advised on a total of $504 million between January and June, already more than the $425 million-worth in 2014. The firm advised on 15 separate secondaries deals during the period, which is more than the 13 transactions it made last year.

“There’s still a lot of dry powder around,” said Ted Craig, a partner at the firm who focuses on fund formation, fund advisory and secondaries transactions. “We’ve recently worked on a couple of disposals of decent-sized portfolios where the sellers were clearly happy with current market pricing levels.”

During the first half, the discount to net asset value (NAV) was on average 6 percent, according to the firm. The total value of all the assets that were transferred was about $536 million.

The deals the firm worked on include 121 fund interests, six leverage secondaries and two GP restructurings, and were mainly Europe-based transactions, according to MJ Hudson, which acts for both buyers and sellers. The firm specialises in advising hedge funds, private equity and other private funds, direct and indirect secondaries acquisitions and disposals, private mergers and acquisitions and venture capital, according to its website.

The firm advised on several large deals that closed in the first half of the year, including a $50 million GP-led restructuring and an €80 million leveraged deal, Craig said.

“Whether the second half of the year will be as active as the first I’m not sure, but we’ve got a strong pipeline of deals so I wouldn’t be surprised if it was,” Craig said.