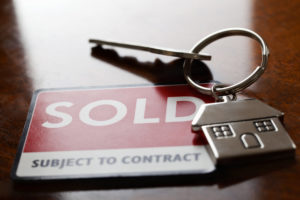 Mizuho Bank, one of Japan’s three “megabanks”, has offloaded a portfolio of young, brand-name private equity assets to Coller Capital.

The bank sold stakes in the 2014-vintage KKR European Fund IV,  the 2016-vintage Charterhouse Capital Partners X and the 2015-vintage EQT Mid Market US, according to UK public filings. The stakes were bought by a vehicle named Coller Partners 715 LP Incorporated.

The overall size of the portfolio and pricing are unclear.

The fund had returned a multiple of 1.4x and net internal rate of return of 22.12 percent as of March 2018, according to data from Washington State Investment Board.

CCP X raised €2.3 billion against a target of €3 billion by final close in November 2016. It has so far invested in French over-the-counter drug manufacturer Cooper, among other targets.

EQT’s Mid Market US fund raised $726 million, against a target of $1 billion, in September 2016, according to PEI data. The fund has made six investments so far, including in medical device developer Clinical Innovations and enterprise software company FocusVision, according to its website.

Mizuho has been a seller before. In January 2015, parent group Mizuho Financial Group offloaded a portfolio of stakes worth around $1 billion, in line with Volcker rule requirements, Secondaries Investor reported. Lexington Partners was the buyer.

In a trends and outlook report published in February, secondaries advisor Greenhill said that it expected Asia-based sellers to account for 10 percent of the global market by volume in 2018, as they look to take advantage of high pricing. The number of Asia-based sellers dropped by 23 percent between 2016 and 2017, with most deals being clean-up jobs of older vintages.

Mizuho, Charterhouse, KKR, Coller and EQT did not wish to comment.