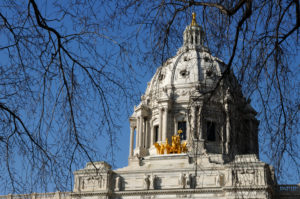 Minnesota State Board of Investment is set to back Landmark Partners’ latest real estate secondaries fund, its first investment with the firm.

The US pension’s investment advisory council endorsed a commitment to Landmark Real Estate Partners VIII of up to $150 million, or 20 percent of the fund – whichever is less – at its 14 August meeting, according to a quarterly investment update published on its website.

The commitment is subject to board approval.

Landmark RE VIII launched in autumn 2016 and is targeting $2 billion with a hard-cap of $2.75 billion, Secondaries Investor reported in June, making it the largest real estate secondaries fund yet.

Landmark is seeking a net internal rate of return of 15 percent and total value paid in multiple of 1.5x, according to an investor presentation compiled by consultancy NEPC. Fund VIII will charge a management fee of 1 percent based on committed capital during the four-year investment period and 1 percent on invested capital thereafter.

Carry is 12 percent with a 60 percent catch-up, preferred return 8 percent and the GP commitment is 1 percent of all commitments, according to the presentation.

Other investors in the fund so far include New York State Teachers’ Retirement System with a $150 million commitment, Connecticut Retirement Plans and Trust Funds with $65 million, and Nebraska Investment Council, with $40 million.

Minnesota’s private markets exposure is 13 percent, according to the  quarterly performance update, below its target allocation of 20 percent. Its private market investments returned 4.9 percent in the last quarter, compared with a public equity return of 4.2 percent.