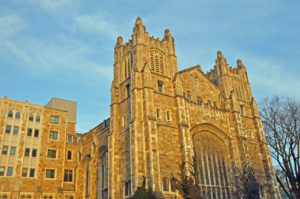 State of Michigan Retirement Systems plans to focus its strategy on direct secondaries and co-investments, among other opportunities, considering the current environment of high valuations in private equity and ongoing economic uncertainty.

In an executive summary prepared for its 9 March investment advisory committee meeting, the pension noted that due to several factors, including “heightened global macroeconomic uncertainty, high valuations and concerns over market volatility,” private equity sponsors have largely sat on the sidelines or have been forced to evaluate non-traditional opportunities to put money to work.

While firms have been much more active on the sell side, it “has largely played-out and distributions appear to have peaked”, the Lansing, Michigan-based pension noted.

Going forward and based on the current state of the market, the pension fund plans to “remain opportunistic and continue to focus on co-investments, direct secondaries, commingled funds and other market-driven opportunities”.

Private equity returns at the pension plan for the 12 months ended 31 December are already lagging the benchmark.

The private equity division annualised return was 9.1 percent for 2016, underperforming its benchmark by 970 basis points, although private equity returns often trail the public market benchmark return during bull markets and lead it during bear markets.

Private equity returns at the State of Michigan Retirement Systems have been strong relative to peer median returns, ranking in the top 6 percent of peers over the past seven and 10 years.

Michigan has an actual allocation to private equity of 15.4 percent, or $9.5 billion, as of 31 December. Its target allocation is 16.5 percent.

It receives investment management and advisory services from Michigan Department of Treasury and has $62.2 billion in assets under management.