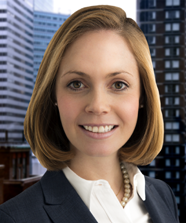 Sarah Schwarzschild has been promoted to principal at The Carlyle Group’s Metropolitan Real Estate Equity Management, according to a statement.

Schwarzschild joined Metropolitan as a vice-president in March 2014. Previously she led Partners Group’s real estate secondaries team in the US. She also spent three years as a vice-president on the acquisitions team at RREEF Property Trust, according to Carlyle’s website.

The pair is leading Metropolitan’s first dedicated real estate secondaries and co-investment fund, Metropolitan Real Estate Partners Secondaries & Co-Investments Fund, which held an interim close on $70 million in November. SCIF has a $450 million target and is eyeing a final close by summer 2015, sources familiar with the matter said.