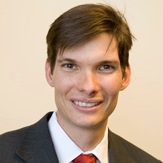 Meketa Investment Group will open an office in London on 12 June.

It marks the firm’s first office outside the US and will be led by managing principal Stephen McCourt. Two additional investment professionals will also work in the office, according to a statement.

“London provides a platform to deepen our existing research coverage outside the Americas,” said McCourt in the statement.

McCourt is relocating from Meketa’s San Diego office, where he has worked as the lead consultant for several institutional funds. He joined Meketa in 1994, according to the firm’s website.

Meketa regularly purchases limited partner interests in funds for its clients through the secondaries market, according to managing principal and director of private markets investments John Haggerty. Historically, the firm’s activity has been on the buy-side, although the firm also reviews its clients’ portfolios for potential sale candidates.

The firm was founded in the greater Boston area in 1978 and also has offices in San Diego and Miami.

Earlier this year, secondaries specialist Coller Capital expanded its London office by hiring Kanika Kumar as a fundraising manager. Kumar joined as Coller gears up to launch its next secondaries fund by the end of the year.