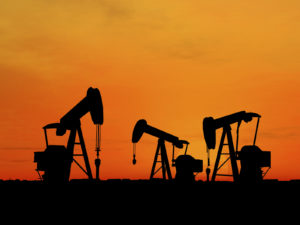 Mantra Investment Partners is preparing to hold the final close for its sophomore secondaries fund on the hard-cap, Secondaries Investor has learned.

The Paris-headquartered firm has raised almost €120 million for Mantra Secondary Opportunities II and expects to hold the final close within a month, Fabrice Moyne, partner and head of secondaries investments, told Secondaries Investor.

MSO II launched in October last year with a €100 million target and held a first close on €64 million in February, as Secondaries Investor reported. At least €70 million of the capital raised so far comes from existing limited partners, Moyne said.

The fund’s LPs, who are mainly European, include pension funds, insurance companies and family offices.

Mantra did not use a placement agent to raise the fund, Moyne said.

MSO II has already closed two deals which are “non-plain vanilla” transactions, according to Moyne. It will target a 2x net return multiple and a 25 percent net internal rate of return and has a 10 percent preferred return, Moyne told Secondaries Investor last year. Management fees will be 10 percent lower than that of its predecessor and will only be charged on invested capital when the first deal from MSO II closes.

“We have a recipe that works,” Moyne said. “It’s like a cake that your grandma prepares and everybody likes – you probably don’t want to change that recipe.”

Mantra invests in niche deals, such as acquiring stakes in Latin American funds focusing on farming services or those with exposure to Canadian oil and gas upstream and downstream services.

The firm’s debut fund closed in 2015 above its €75 million hard-cap on €80 million after 15 months of fundraising, according to PEI data.

Mantra was founded in 2007 and has nine staff across Paris, New York and Luxembourg, according to its website.